These are armored personnel carriers, tanks, self-propelled artillery units and much more.

In recent days, various countries around the world have transferred many weapons to Ukraine, including military self-propelled vehicles. It comes from the United States, Canada, Britain, Poland, Slovakia, the Czech Republic, Germany, Spain, France, and even Australia. Let us recall which self-propelled units have recently added to the fleet of the Armed Forces of Ukraine.

Australia has donated 20 Bushmaster armored personnel carriers to support the Ukrainian army against Russian aggression. These armored vehicles are protected from mines, other explosive devices and cannon fire. In Australia, they were specially prepared for Ukrainian conditions, including green-olive paint, and the flag of Ukraine with the slogan “Together with Ukraine” was painted on the door. These cars are already being tested by UAF soldiers.

“Canada has signed a contract for eight Roshel armored vehicles, and we will provide them to our Ukrainian friends as soon as possible,” wrote Defense Minister Anita Anand. Most likely, these are state-of-the-art armored vehicles for special operations Roshel Senator APC, manufactured by the Canadian company Roshel Defense Solutions.

The US state of West Virginia will send M113 armored personnel carriers to Ukraine in quantities that are ‘not disclosed’. This armored vehicle is used to move soldiers, providing them with protection from small arms fire. The United Kingdom has sent Jackal wheeled armored personnel carriers to Ukraine. They are intended primarily for reconnaissance missions, as well as for surprise attacks and fire support for maneuvering army units.

Steyr Pinzgauer SUVs, famous for their passability, will enter the Ukrainian army as ambulances and carriers of medical equipment. Thirty Pinzgauers will arrive with the help of British residents and businessmen.

Another British APC – Mastiff. This is already a heavy armored vehicle designed to escort columns and transport infantry groups. The Mastiff’s task is also to support the landing party with fire from a 7.62 or 12.7 mm machine gun installed in the tower (depending on the configuration).

The United Kingdom has also prepared Stormer armored vehicles for the Ukrainian Armed Forces with the StarStreak anti-aircraft missile system, which it carries in its armor. There is information that this technique has already shown itself positively in battle. 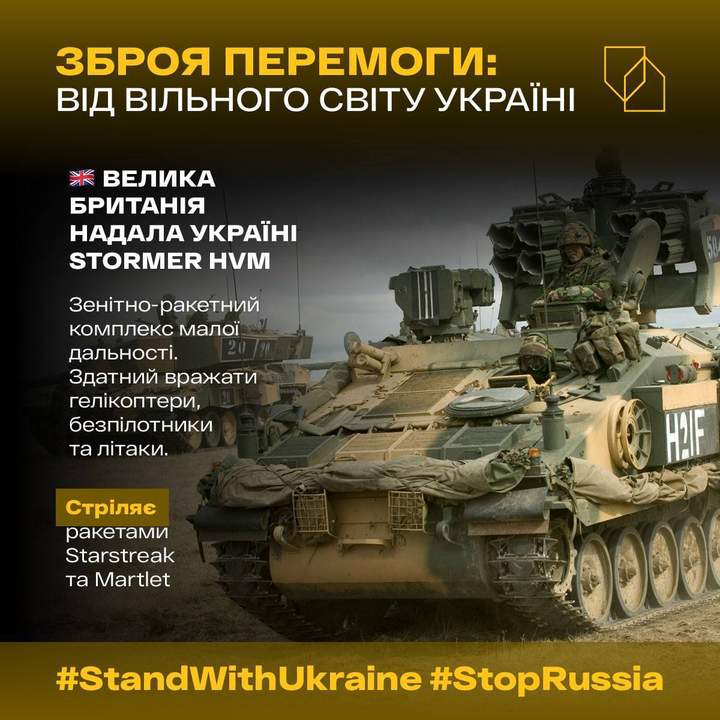 Spain is handing over 20 armored vehicles, most likely URO VAMTAC. The car is very similar to the American Humvee and was available in various modifications – armored, ambulance, anti-tank, command and staff.

Germany has handed over hundreds of heavy-duty armored MAN HX 81 tractors with 8×8 wheel formula, which were developed jointly with Rheinmetall. The machines are designed to tow heavy semi-trailers with a capacity of up to 73 tons – primarily for Leopard 2A7 tanks. The total weight of the road train can reach 130 tons. 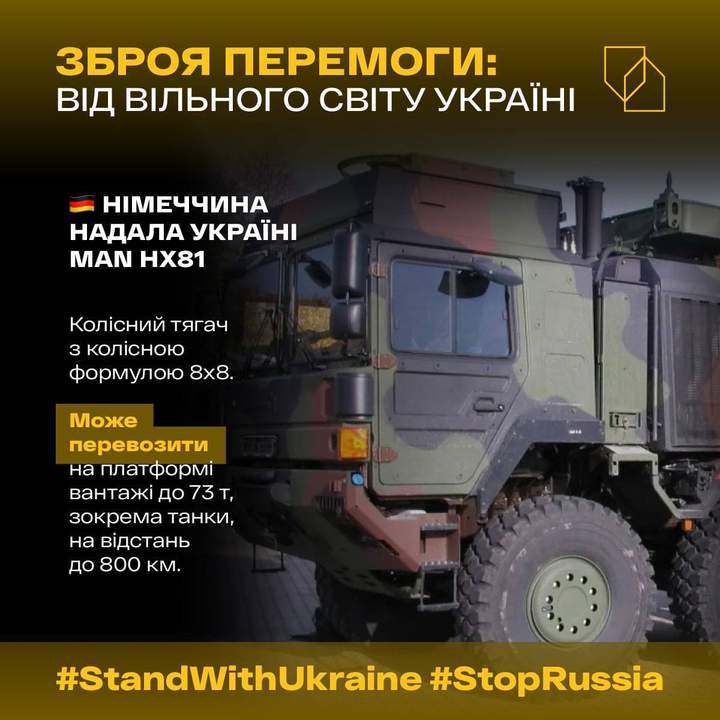 In addition to this equipment, the Allies handed over many Soviet-made models – T-72 tanks, armored personnel carriers, anti-aircraft guns and cannons, and so on.