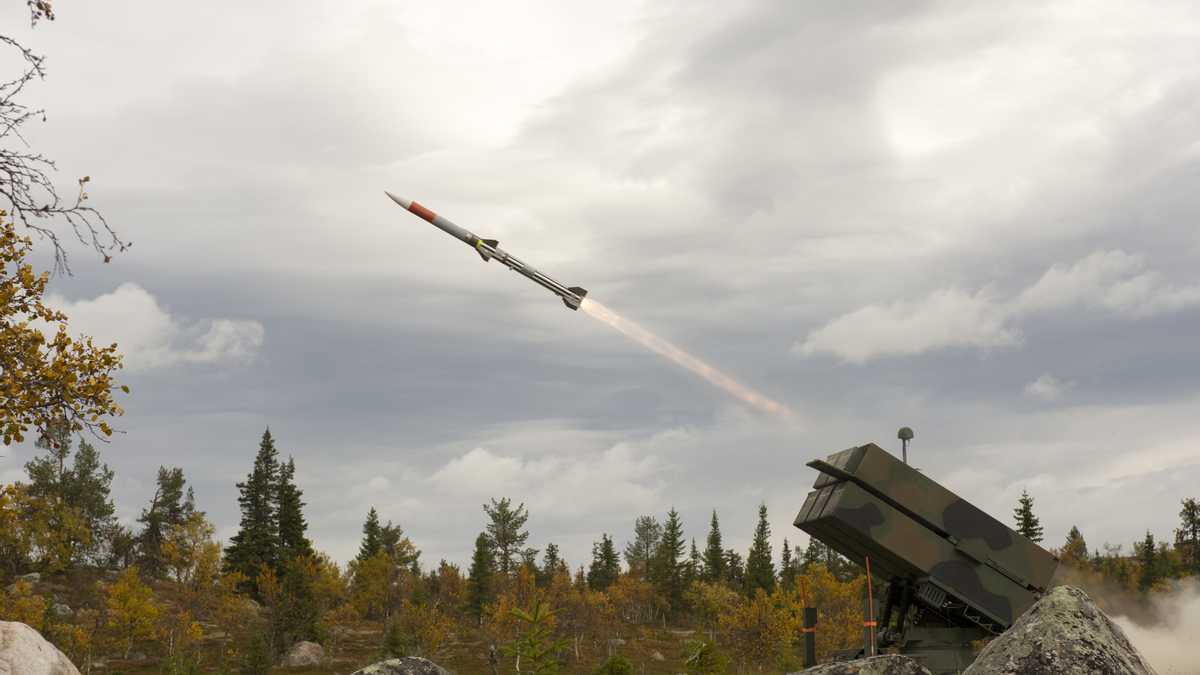 President of Ukraine Volodymyr Zelenskiy asked Norway to provide Ukraine with NASAMS mobile anti-aircraft missile systems and Harpoon anti-ship missiles. These weapons can increase the defense capabilities of our country.

The fact is that Kongsberg, one of the world’s leading defense companies, is based in Norway. And it is she who develops and supplies the weapons Ukraine needs now. We are talking about the NASAMS missile system and the Naval Strike Missile (NSM) anti-ship missile system. We will tell about the first in more detail.

What is interesting about NASAMS

Norway began to upgrade its air defenses in the 1990s. The country decided not just to buy modern weapons at the time, or to modify the old ones – it was decided in cooperation with the American company Raytheon to develop a new solution.

The base was an effective and proven air-to-air missile AIM-120 AMRAAM. It was decided to turn it into an anti-aircraft gun. This is a fairly long-range missile with high energy, which in the “air” version has a range of 70 to 180 km (depending on the modification).

What NASAMS is capable of

Characteristics of the missile complex

Due to its high performance and constant updating, this missile system has become quite popular in the world. The most advanced version of the missile system is the NASAMS-3 system, which is equipped with AMRAAM-ER missiles with a range of up to 40 kilometers and more than 20 kilometers.

AN/MPQ-64 Sentinel radar detects targets. It provides an overview of distances up to 75 kilometers, with an efficiency of up to 40 kilometers in distance and height. In addition, NASAMS can work by receiving data from other radars and means of detecting targets.

With the following characteristics, the NASAMS-3 system is capable of destroying:

This means that the Ukrainian military armed with these complexes, capable of repelling air attacks and destroying, among other things, Iskander enemy missiles.

However, the total cost of the complex is quite high. One battery costs approximately $64 million (as of 2020). One battery includes one control center, one radar and 2-3 launchers. According to the Defense Express portal, there is no price issue for Ukraine at the moment. The fact is that the missiles and radar for NASAMS are produced by the American Raytheon, and the United States is now providing maximum support to Ukraine. More critical may be the time required to train operators of this technique.