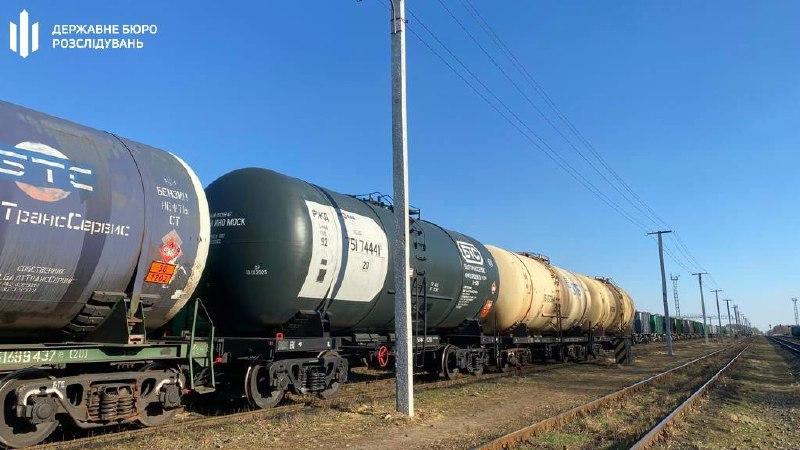 The tanks were filled with 3,000 tons of Belarusian and Russian diesel fuel.

Pechersk District Court arrested 51 Belarusian tank cars that crossed the border in Chernihiv region on the eve of the Russian invasion.

This was reported by the press service of the State Bureau of Investigation.

It is noted that after the Russian invasion, tank cars actually provided logistics for the troops advancing in the direction of Chernihiv-Sumy. The tanks were filled with 3,000 tons of Belarusian and Russian diesel fuel. The products were allegedly intended for oil companies that are within Medvedchuk’s sphere of influence.

After the liberation of Chernihiv region from Russian invaders, GBR investigators initiated a petition to the Pechersk District Court to seize the discovered property. Currently, the DBR is taking measures to transfer the seized property to the Agency for Search and Management of Assets, and further to the Armed Forces of Ukraine.

Some of the tanks were somewhat “damaged” after the successful fighting of the Armed Forces of Ukraine, but after the conclusions of the examination and repairs, they will also be used by the state.

On this fact, criminal proceedings under p. 1 of Art. 437 of the Criminal Code of Ukraine – planning, preparation or resolution of aggressive war or military conflict, as well as participation in a conspiracy to commit such acts.