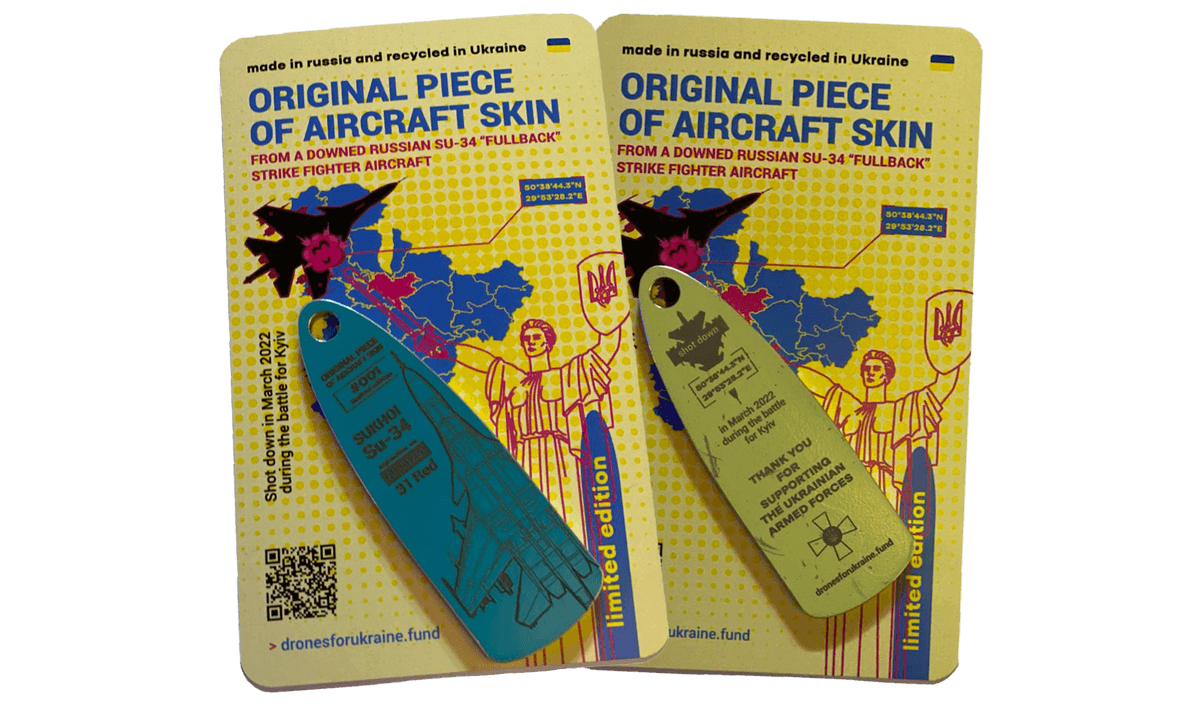 The Drones for Ukraine Foundation offers to become the owner of the SU-34 strike fighter, at least in part. For a donation of $1,000, anyone can get a token made from a downed Russian plane.

“You can get a limited series keychain from the original piece of the Russian Su-34 “Fullback” attack aircraft, shot down in March 2022 during the battle for Kyiv.”

The meeting was organized by volunteer Yuriy Vysiven, who told on his page how he came up with the idea to make such tokens.

“I have been thinking for a long time how to raise more money for drones for the Armed Forces. Obviously, it is necessary to collect not in Ukraine because those who wanted to have already donated. You need to connect a wide audience.” — Yuriy Vysiven

The volunteer asks Ukrainians not to donate because after the victory he will make more tokens.

“I will definitely do more for you later. And not $1,000 will be enough for everyone. The Armed Forces supplies downed aircraft for processing in bulk.” — Yuriy Vysiven

Russia has misappropriated more than 400 aircraft: This is the largest theft in…