The US military was able to transmit by air an electrical signal with a capacity of 1.6 kW of energy per kilometer

The US Naval Research Laboratory has demonstrated the possibility of terrestrial microwave radiation to transmit a 1.6 kilowatt electrical signal over a distance of 1 kilometer. The tests took place at the US Army test site in Maryland. This demonstration was the largest in 50 years.

The tests were performed by two-point transmission of electrical energy in free space using a directional microwave beam.

The Safe and Continuous Power BEaming – Microwave (SCOPE-M) project consists of tens of thousands of x-band antennas. Each of these antennas is connected to a small rectifier diode that converts microwave power down to DC power.

For 2 months, the team tested the practicality of terrestrial transmission in the microwave band using a beam at 10 GHz. SCOPE-M was tested in two locations: at the US Army test site at Blossom Point and Haystack (HUSIR) ultra-wideband satellite imaging transmitters at MIT (Massachusetts Institute of Technology). In Maryland, the team exceeded the planned target by 60 percent, emitting a beam of 1.6 kW a little more than 1 km. In Massachusetts, the team did not have the same peak power, but the average power was much higher, which allowed to get more energy. 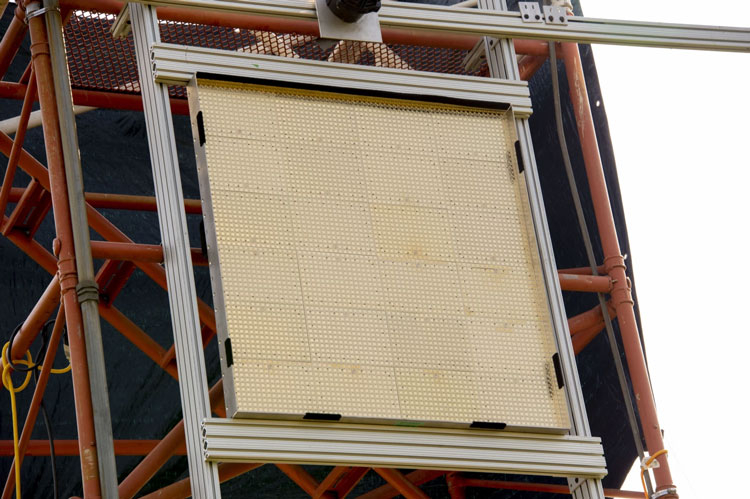 The frequency of 10 GHz was chosen because the technology of the components is quite cheap and reliable. Even in heavy rain, the power loss is less than 5%. And at higher frequencies energy can be lost in the atmosphere. This frequency is also safe for use in the presence of humans, birds and animals.

In addition to being a priority of the US Department of Defense, the power beam is an environmental technology. Unlike other clean energy sources, which provide intermittent and sporadic power supplies, energy transmitted from space to Earth can provide electricity continuously, 24 hours a day, seven days a week, 365 days a year.

People’s Bayraktar will arrive in Ukraine in late…

Sky Cruise is an air hotel with nuclear engines for 5,000…

Putin has legalized the smuggling of imported goods in…