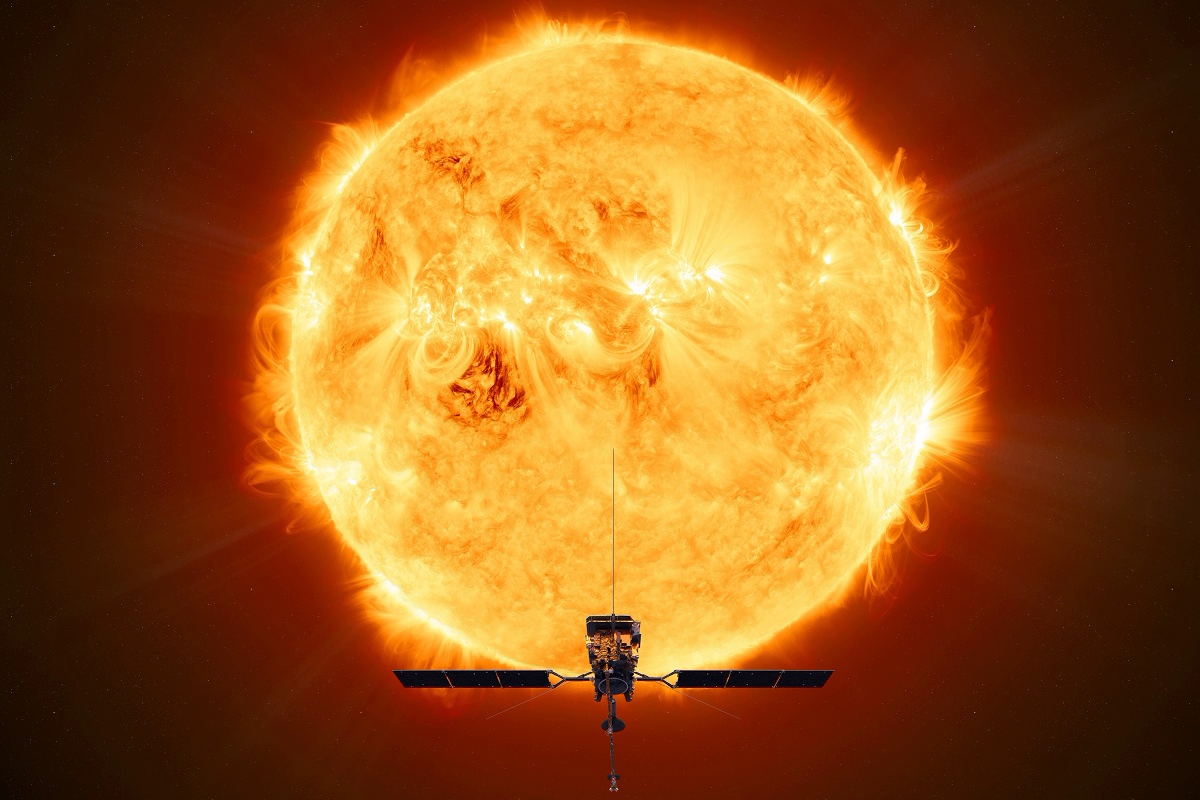 A probe from the European Space Agency (ESA) and the US National Aeronautics and Space Administration (NASA) called Solar Orbiter (launched in 2020) took unique images of the sun from the nearest distance. The photos taken on March 7, when the spacecraft was at an equal distance from both Earth and our star — 75 million km from both. This was reported by ESA.

One of the images taken using the Extreme Ultraviolet Imager (EUI) instrument and is a full disk of The Sun and the outer atmosphere (Corona) with the highest resolution ever taken.

Another photo taken using the Spectral Imaging of the Coronal Environment (SPICE) instrument and is the first of its kind full image of the sun in 50 years and the best obtained at the Lyman-beta wavelength of ultraviolet light emitted by hydrogen gas.

“The EUI high-resolution Telescope captures images with such high spatial resolution that at such a close distance, it takes a mosaic of 25 separate images to cover the entire sun. The full image, taken one by one, was obtained in more than 4 hours because each part takes about 10 minutes, including the time it takes the spacecraft to move from one segment to another. In total, the final image contains more than 83 million pixels with a resolution of 9148×9112. For comparison, this image has a resolution 10 times better than the screen of a 4K TV can display,” – the ESA noted.

Solar Orbiter expected to set a record on March 26. The probe will take photos of the sun from a closer distance — 48 million km. On this day, all 10 instruments of the spacecraft will work simultaneously to collect as much data as possible.

The European Space Agency has terminated cooperation with Roscosmos