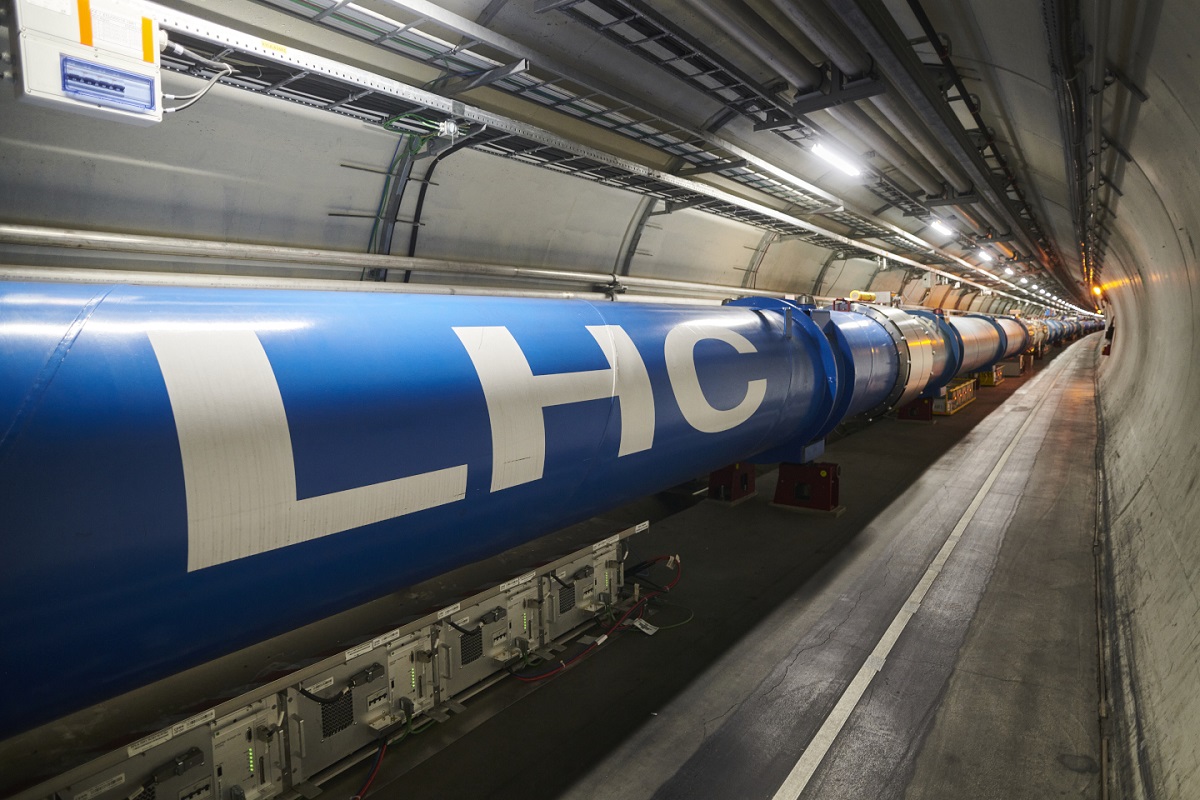 The Large Hadron Collider has reached record energy – 6.8 teraelectronvolts per beam of protons

The Large Hadron Collider was restarted. On April 22, he started working again, but so far, in test mode. And on April 25, scientists from the European Organization for Nuclear Research (CERN) announced a record. Two pilot beams of protons were accelerated to record energy for the first time: 6.8 teraelectronvolts per beam.

The Large Hadron Collider (LHC) accelerates two beams of particles, such as protons, toward each other. These high-energy rays collide, allowing physicists to explore the extreme limits of our physical world and even discover previously unknown aspects of physics.

Due to the upgrades carried out during the planned shutdown (which was delayed due to the coronavirus pandemic), the energy of the proton beams of the VAK was to increase from the previously obtained 6.5 teraelectronvolts.

One teraelectronvolt is equivalent to 1 trillion electronvolts and in terms of kinetic energy are approximately equal to the energy of a flying mosquito. However, for one proton, this is an incredible amount of energy, writes Space.

According to the schedule of the Higher Attestation Commission, experiments with proton collisions will begin on August 4, 2022.