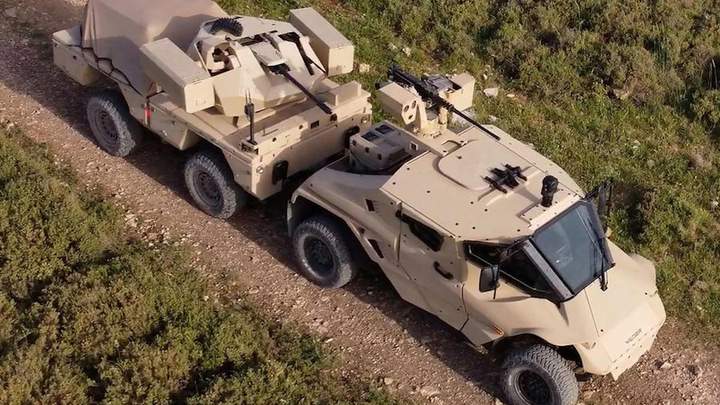 The Israeli company Plasan has unveiled an innovative light armored car Wilder with a medium engine layout and a cockpit in the style of a helicopter, informs Autocar.

The company’s developers have departed from the principle of large and clumsy armored vehicles. Instead, they believe that the military infantry machine should be light, accommodate four soldiers and a useful cargo hold. 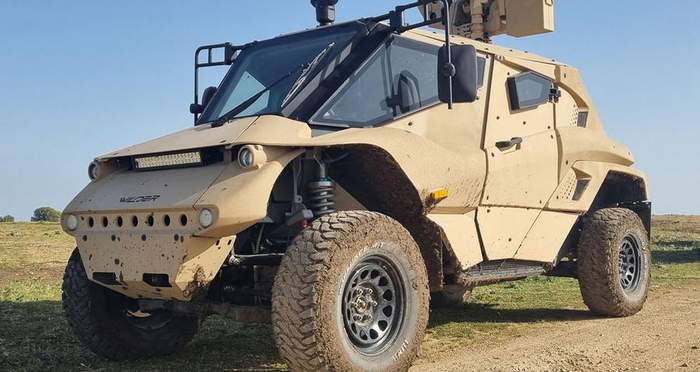 A key element of Wilder’s design is the trailer with electric drive and traction battery, as well as the system of autonomous driving – remote or without the participation of fighters.

This armored personnel carrier can be operated both remotely (in the future – in a completely autonomous mode) and with the help of a driver. There are four servicemen in the cabin – a driver in the front row and three infantrymen behind him. Although the armor here is not very strong – it protects only from machine gun bullets. Instead, the relatively light weight of 4.5 tons and compact size allow you to transport a combat vehicle to its destination by Chinook helicopter.

Unmanned technology is a matter of the future because designers need to take into account that, unlike public roads, the drone has nothing to ‘catch’ as ‘beacons’ on the ground.

Without an APC trailer, the Wilder is an ordinary military SUV. It is powered by a 2.8-liter Cummins turbodiesel engine with 159 horsepower, which is combined with an eight-speed ZF automatic transmission. This power unit controls both axles and is capable of speeds of 120 kilometers per hour. 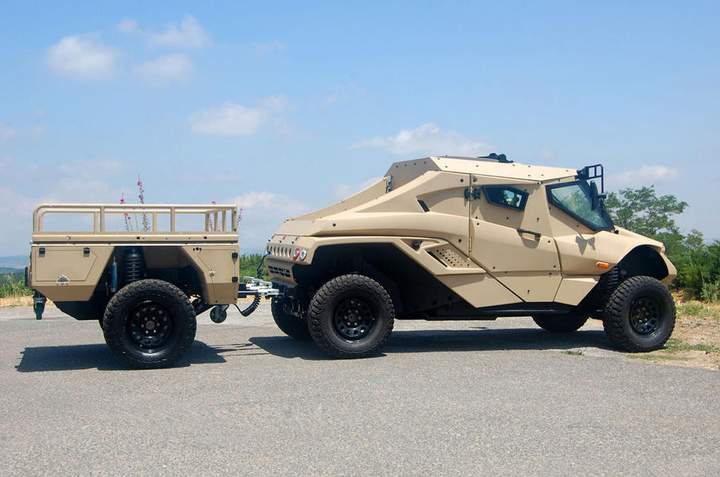 If you connect the Atemm trailer to the armored car, it will be able to perform completely different, more complex tasks. The trailer is used in three modes: Power (for pushing), Eco (hybrid model for increasing range) and Regeneration (for recharging the battery).

The Atemm trailer contains a battery with a capacity of 47 kWh and an electric motor with a capacity of 34 hp. It can move the APC forward or backward. You can put two such trailers, and then the armored car will go silently and independently – without people. 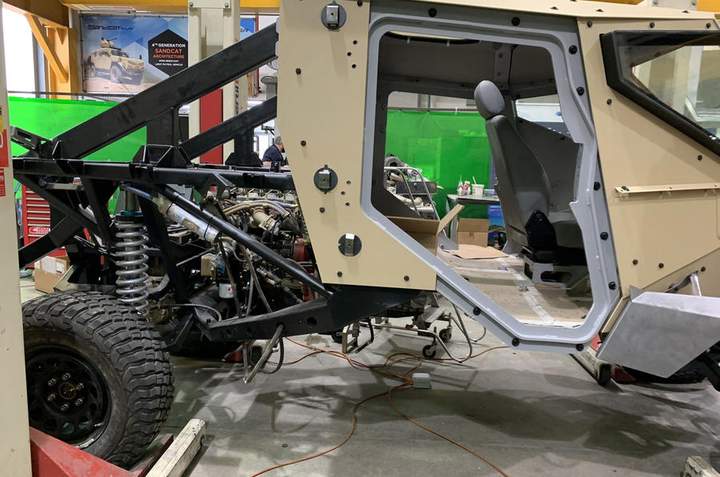 The Plasan body, made of composite armor panels with a Stannag 2 rating and bulletproof glass, weighs 1,500 kg and has a spacious interior, which can be accessed through wide doors.

Interestingly, the option may be a rear steering wheel, which will improve maneuverability in urban and forest areas.

Planes of Russian oligarchs continue to fly through the EU, despite sanctions — Die Welt

The Ukrainian Armed Forces shot down a unique drone: it could be a classified drone of the Russian FSB