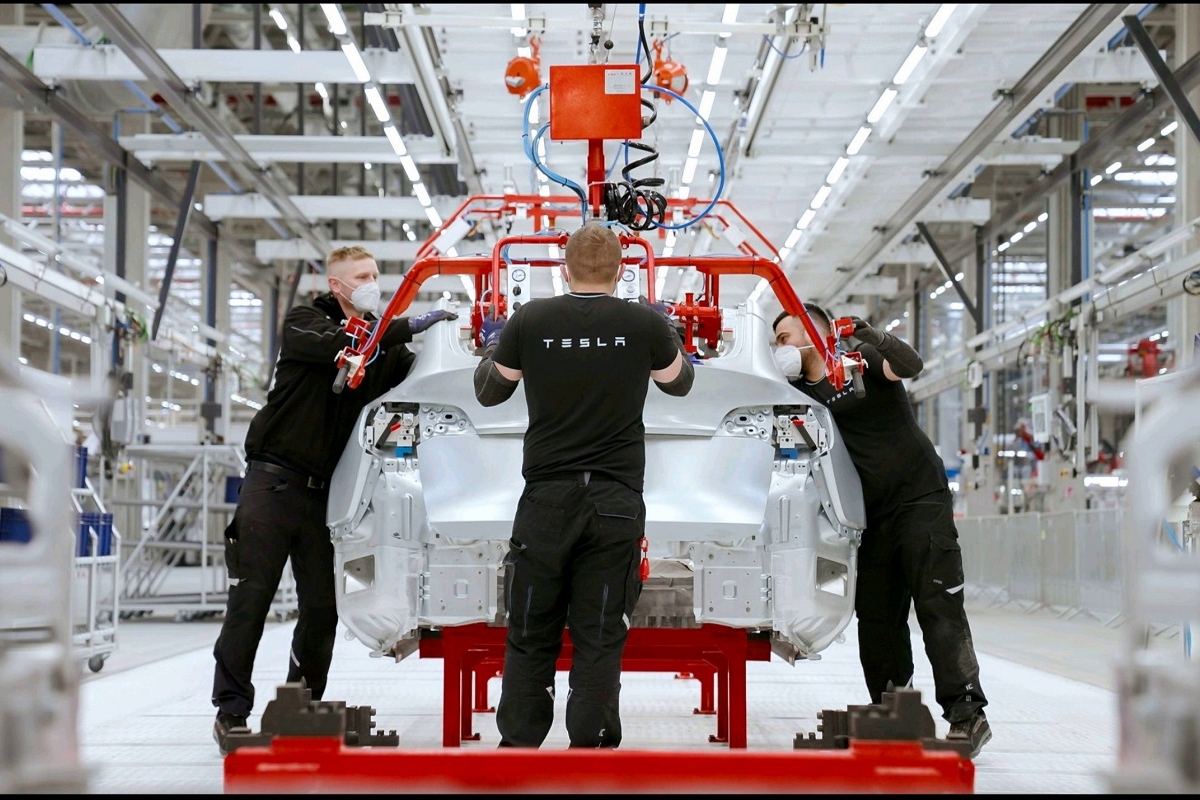 Tesla has published a stunning video of Gigafactory Berlin from the inside: the drone showed the production process of Model Y

In March, Elon Musk personally flew to the Tesla electric car assembly plant in Germany. The European production center worth 5 billion euros is the largest investment in the German car market. Now the automaker has published a video shot by a drone at Gigafactory Berlin-Brandenburg. The video shows some stages of the Model Y assembly: stamping body elements, their quarrel, as well as the famous painting shop. This was reported by InsideEVs.

Unfortunately, the video did not show any of the special new colors (red and silver) promised by Mask: all Model Y in the video are black (as well as all 30 cars delivered on March 22).
The drone also showed how electric cars reach the area where employees install exterior accessories and interior details, followed by the final inspection sector. Finally, you can estimate the scale of the entire Gigafactory Berlin-Brandenburg.

Tesla’s plant in Germany plans to produce 2,000 cars in the first few weeks of series production and about 500,000 a year. The new plant will not only dramatically increase production, but also reduce the load on other plants in the United States and China.

Tesla also recently began production of the Model Y at a new plant in Austin, Texas, but the company has not yet held a grand opening.

Elon Musk promised to create a futuristic unmanned taxi, but did not specify the…