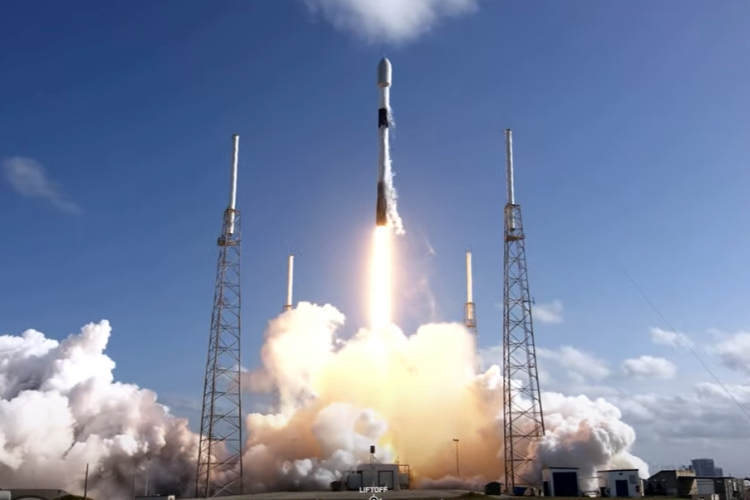 Aerospace company SpaceX continues to expand the orbital satellite group Starlink. As part of the recent launch of the rocket, another batch of miniature satellites went into orbit.

The Falcon 9 launch vehicle with 53 Starlink satellites on board launched from the site of the Cape Canaveral spaceport in Florida on April 29 at 17:27 local time. About nine minutes after launch, the first stage of the rocket made a soft landing on a special floating platform Just Read The Instructions in the Atlantic Ocean.

For this launch, SpaceX used the first step, which was previously used in the implementation of five space launches. According to available data, this degree was involved in the recent launch into space of the commercial mission Axiom Space 1 (Ax-1). As part of this mission, a private crew of four was transported to the International Space Station. The launch took place on April 8, and the participants of the Ax-1 mission returned to Earth on April 25.

As for the Starlink group, after the current launch, it has expanded by another 53 devices. The total number of Starlink satellites in Starlink has exceeded 2,400. SpaceX continues to actively launch telecommunications devices into low Earth orbit. This year alone, 10 of the company’s 17 launches have involved the launch of Starlink satellites. In total, SpaceX intends to launch up to 30,000 spacecraft.

Ukrzaliznytsia has suspended the sale of electronic tickets