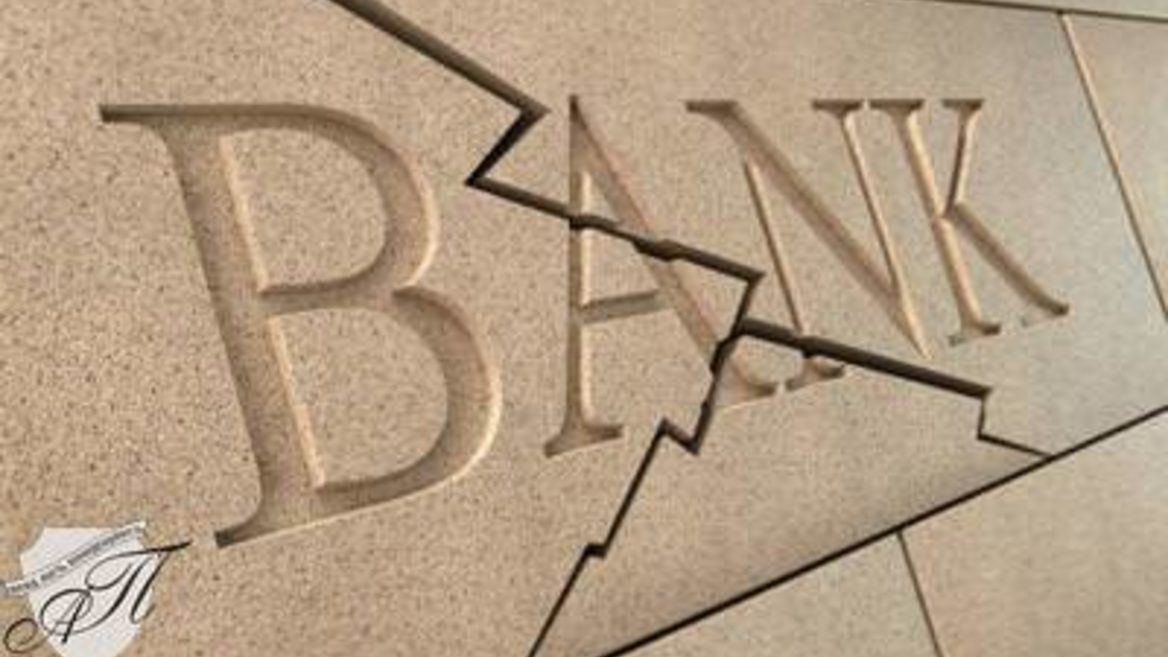 Everyone in Russia who has moved to Bankoff since the beginning of the war to avoid sanctions is likely to say goodbye to their money. The bank sent a message to its users about the suspension of customer service from Russia. This was reported by addmeto.

Since the beginning of the Russian invasion of Ukraine and the imposition of sanctions against a number of Russian banks, some Russians have begun to use the Bankoff service. This bank allowed you to top up your cards with cryptocurrency. 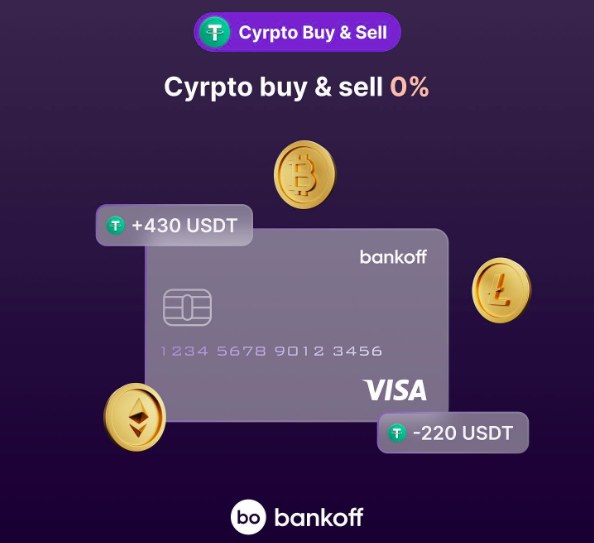 addmeto writes that the service works through Stripe, issued to a long-closed company in the states, through the Colombian branch of the Bank of El Salvador. 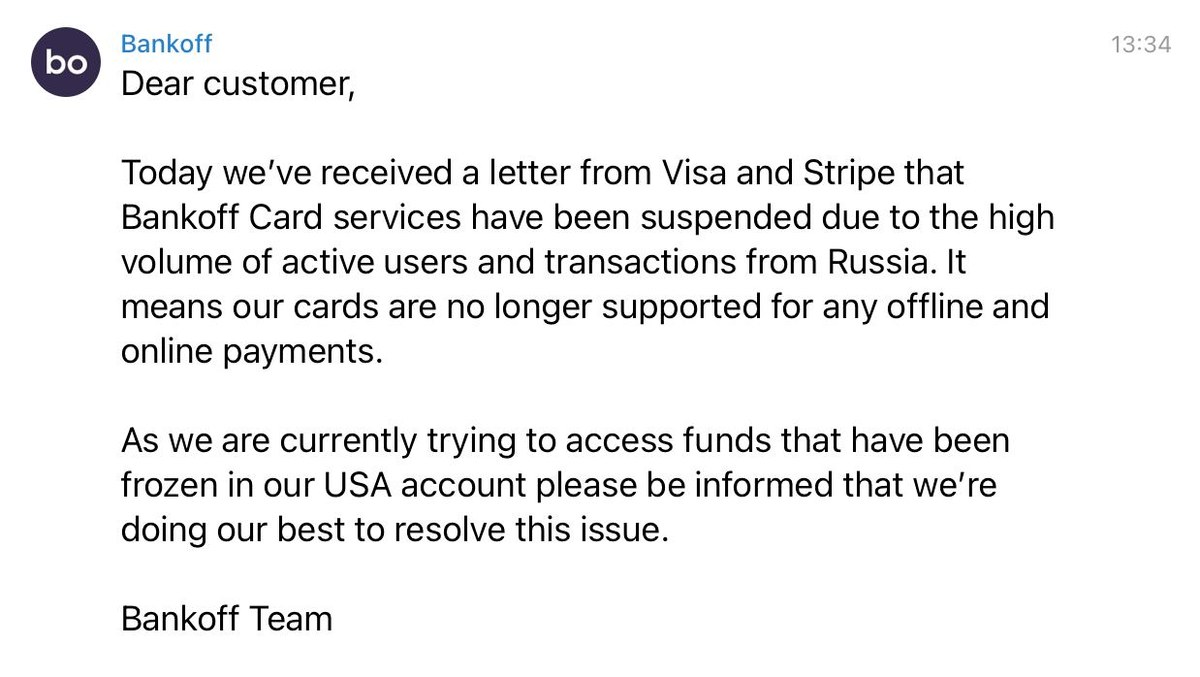 As of today, the bank’s bot sends users the following message: “Dear customer, today we received a letter from Visa and Stripe. Due to the high level of Bankoff Card service, the volume of active users and transactions from Russia has been suspended. This means that our cards are no longer supported offline and online payments. Because we are now trying to access funds that have been frozen in our account in the United States. We would like to inform you that we are doing everything possible to solve this problem.” 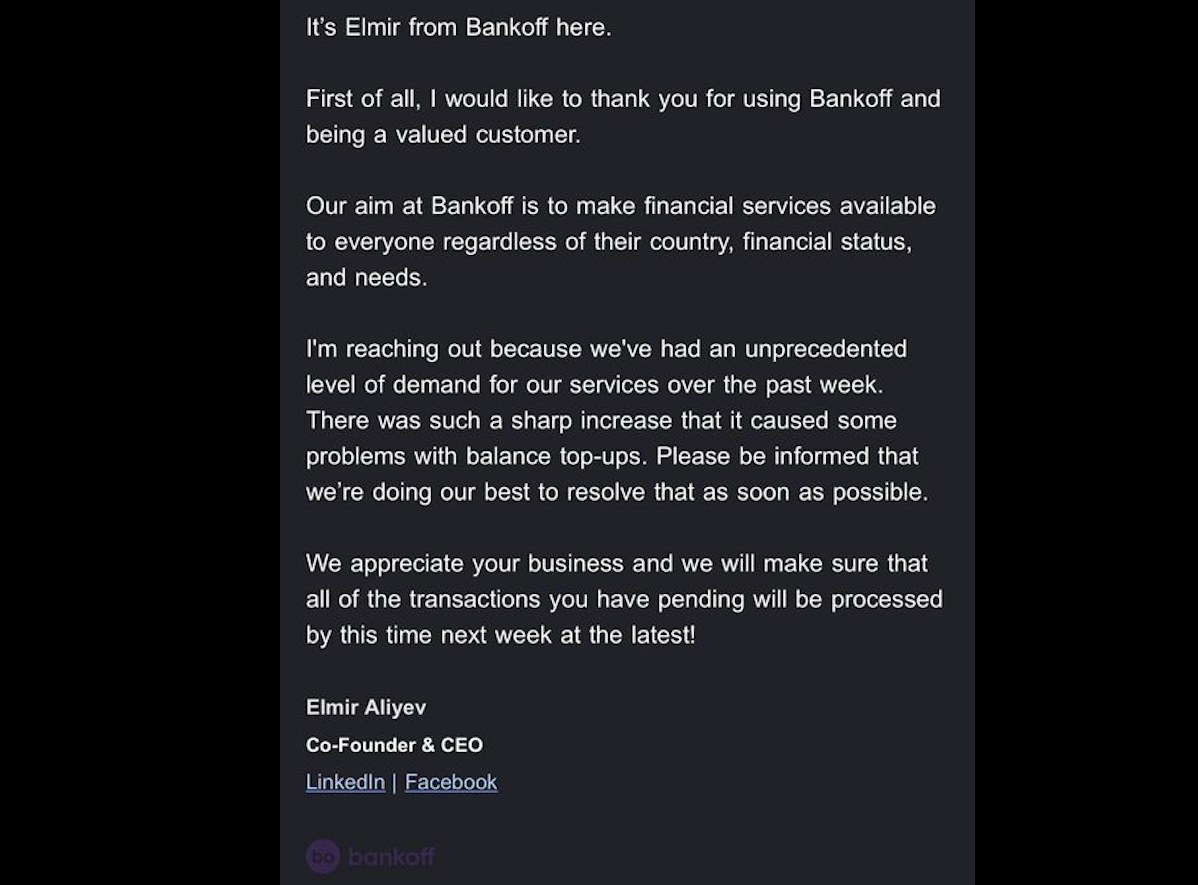 Russian sellers complain about the shortage of computer components: how bad everything is