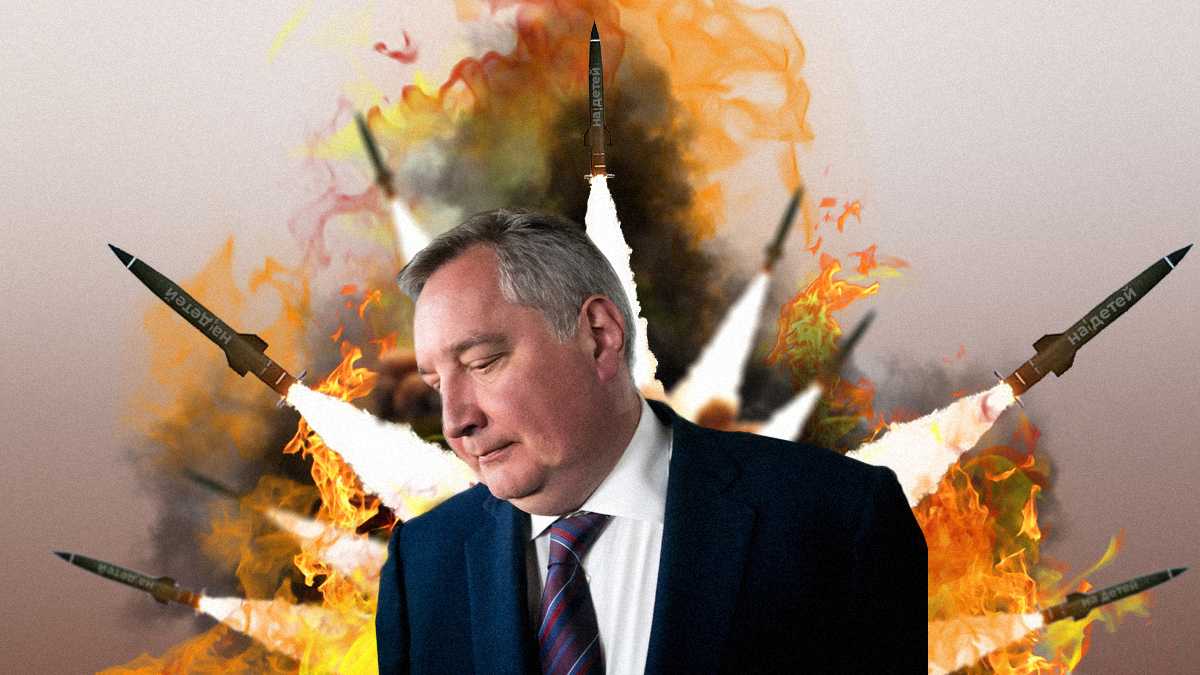 Rogozin’s Chronicles: Roscosmos is working on ballistic missiles that have “no analogues”

In conditions when the world refuses to cooperate with Russia, including in space programs, Roscosmos has to look for alternative activities. They were found, of course, in arms.

According to the occupiers’ propaganda media, on April 12, Putin left his bunker to meet with Roscosmos chief Dmitry Rogozin. And on April 14, the latter gave an interview to Channel One, in which he spoke about one of the topics that the two discussed – the creation of new ballistic missiles.

Russia is again intimidating with weapons

According to the media, citing Rogozin, Roscosmos is busy creating “combat missile systems and intercontinental ballistic missiles that have no analogues in the world.” What exactly is meant and what unique features these missiles will demonstrate is not specified.

Of course, I want to joke here that they will be made of wood, and will fly on the energy of the prayers of Patriarch Kirill – no one has such analogues – but there is something to think about without jokes. Russian industry today suffers from a total shortage of resources and components. While industries such as mechanical engineering, aviation, medicine, consumer electronics and even book printing are in a near-deadlock, it is unclear what the occupying state hopes for in the case of missile construction, which requires sophisticated new technologies that Russia will not receive through sanctions.

Nevertheless, Kremlin-controlled media have traditionally declared confidence in success. Yes, TASS propagandists write that Putin believes that Roscosmos will cope with its task.

“One can guess that the conversation was primarily about the research and development work carried out by Roscosmos, our companies, our combat unit Roscosmos to create the most modern combat missile systems, which have no analogues in the world, and intercontinental ballistic missiles … He is convinced that we will cope with this task,”
— says Rogozin.

As is usually the case in Russia, the project is likely to exist only in words and on paper. They will simply forget about it for a while, and then they will make a statement about the postponement of the deadline, if they ever mention it at all.

Furthermore, it will be recalled that Rogozin has recently been making fun of himself by corresponding with Elon Musk on Twitter. Then the Kremlin myrmidon declares that Russia will withdraw from the ISS agreement and say that without Russian ships the station will fall; then Musk unsuccessfully stabs, but Elon just trolls Rogozin; then renames the capital of Japan..

The Russians are sending computer viruses on behalf of the SSU

Russian invader did not deal with Polaroid and left his…

The Ukrainian military found a strange surprise in a downed…