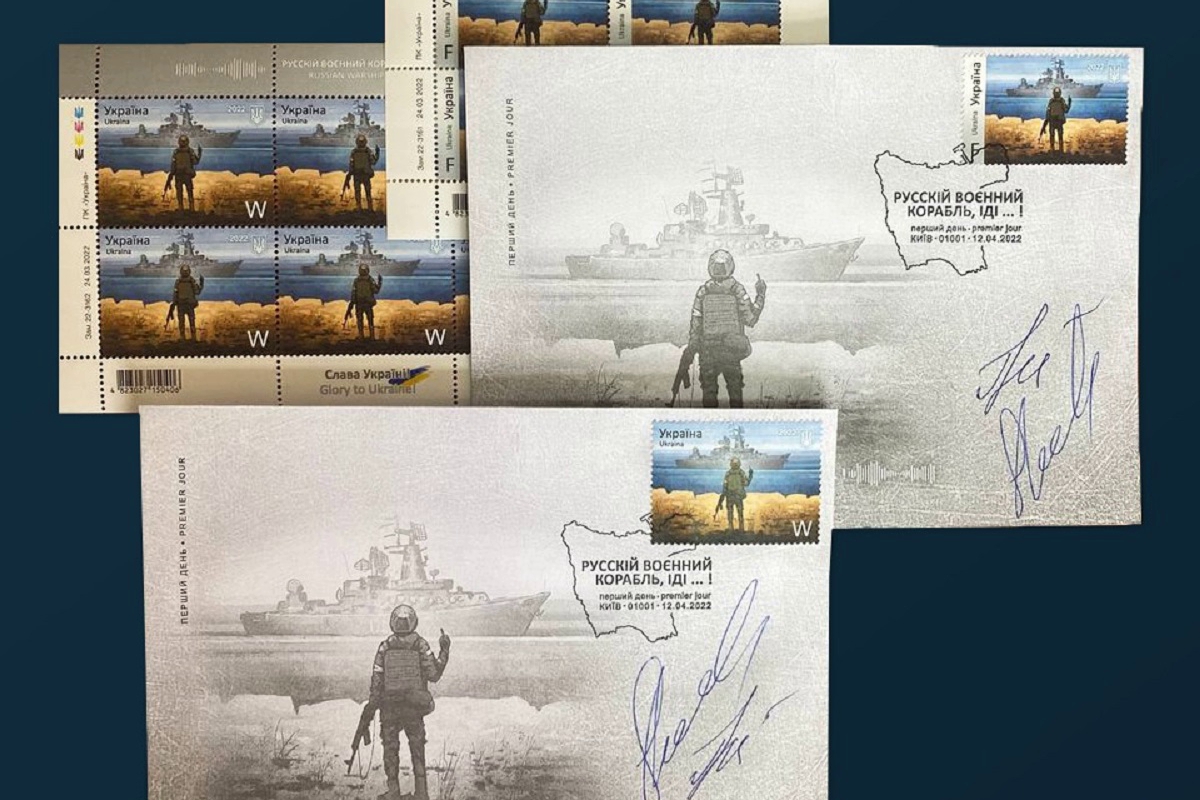 On April 22, Ukrainian postage stamps carrying a Russian warship in a well-known direction, as well as envelopes signed by the author of the legendary phrase, Marine Roman Gribov, and Ukrposhta CEO Igor Smilyansky, were sold at a charity online auction. This is 200 times more than the starting price, which was UAH 25,000. The Armed Forces will receive a large amount of assistance.

“The starting price of the lot was 25 thousand UAH. 56 participants from more than 4 countries competed for the stamps auction. The price increased 200 times during the auction. The winner of the auction offered UAH 5 million for the lot. The lot is unique in that it contains a complete set of products produced by Ukrposhta in this area, as well as autographs – the author of the phrase Roman Hrybov and Igor Smilyansky,” – the press service said.

The winner must transfer all the money for the lot to the accounts of the National Bank of Ukraine for humanitarian aid, after which he will be able to receive the winnings at the auction. If for any reason, the winner of the auction refuses to pay the previously offered amount, the right to redeem the stamp will pass to the next bidder.

The US military was able to transmit by air an electrical signal with a capacity of 1.6 kW of energy per kilometer