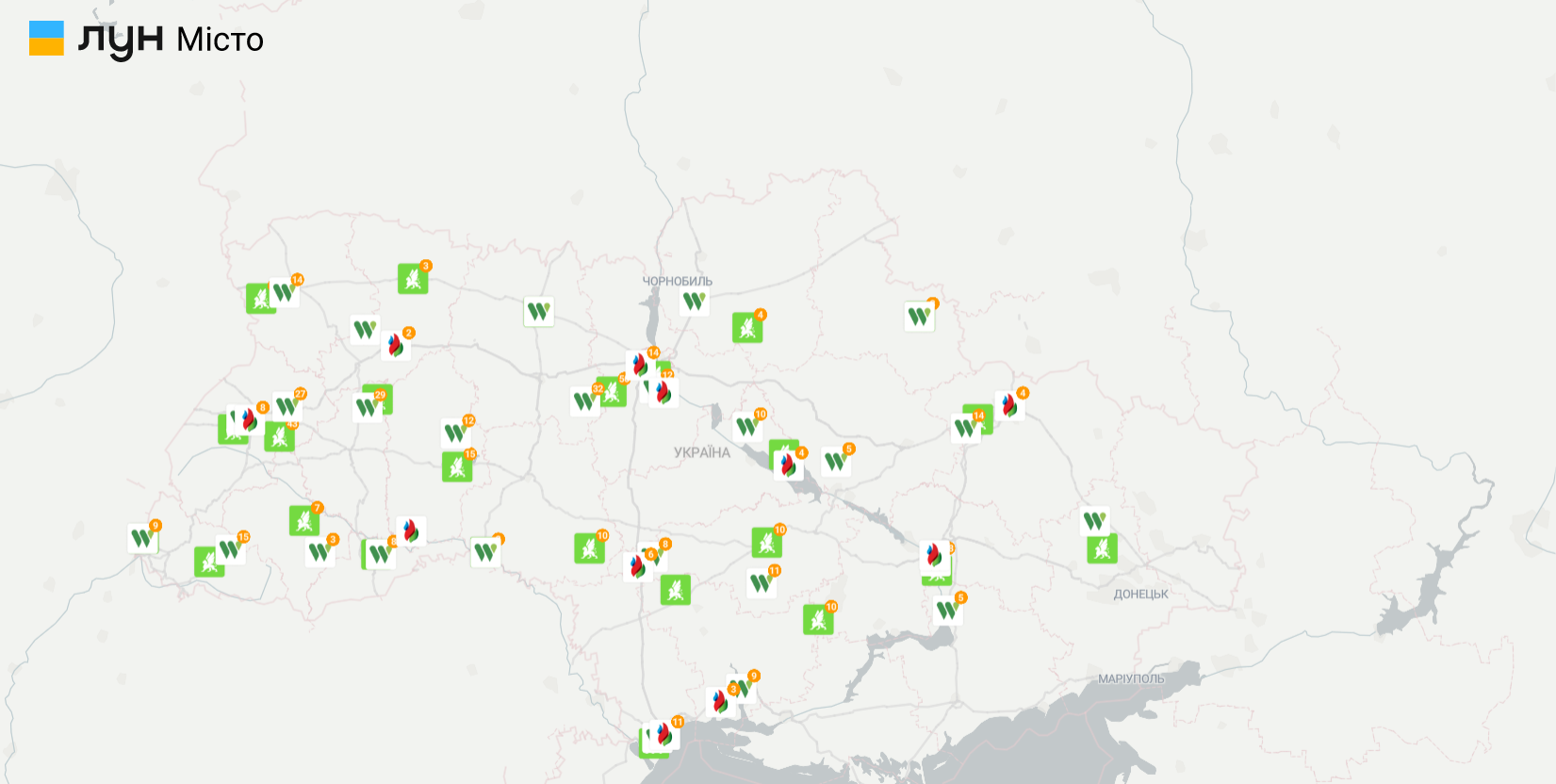 The LUN City team has updated its Useful Map – now you can see refueling with available fuel on it (link to the map). The update was announced by LUN Marketing Director Denis Sudilkovsky.

In addition to refueling with available fuel, the card can be used to obtain other details on the purchase of fuel at each gas station – work schedule, types of fuel, existing restrictions and methods of payment (coupons/card).

Useful map LUN City was launched in March 2022 to help Ukrainians find pharmacies, gas stations, supermarkets that operate during the war. In late April, the developers applied a separate layer of art to the streets, which were recently renamed after Russian names.

We will remind, recently in Ukraine there is a problem with fuel at gas stations. The main reason for the deficit is the destruction of part of the infrastructure by the enemy, including the shutdown of the Kremenchug refinery. In addition, since the beginning of the active war, Ukraine has lost almost all imports of fuel from Russia, Belarus, and the sea.

Recently, the Cabinet of Ministers to combat fuel shortages has increased the marginal trade margin for diesel fuel and gasoline On the online map of LUN you can now see refueling with available fuel and purchase details. The government assures that the issue of fuel shortage at gas stations should be resolved within a week. At the same time, they warn that the rise in prices for oil products is inevitable.

The expert said that there will be fuel in Ukraine

From May 1, gasoline and diesel fuel will be sold in Ukraine according to new…

What is happening with fuel prices in Ukraine