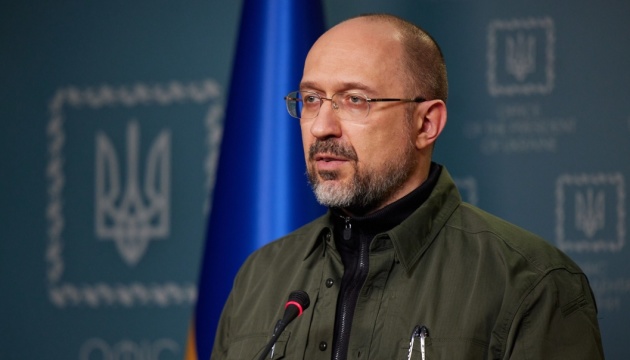 It is the funds of the Russian government and oligarchs that will be one of the main sources of filling the Fund for the Reconstruction of Ukraine.

The Prime Minister Denis Shmygal wrote about this in a Telegram.

“Russia will pay a very high price for aggression against Ukraine. It is the funds of the Russian government and oligarchs that will be one of the main sources of filling the Fund for the Reconstruction of our country. Last week in Washington, we discussed this issue with the Deputy Prime Minister of Canada, Christie Freeland, and the Speaker of the US House of Representatives, Nancy Pelosi. And now we see that the process is over,” – Shmygal wrote.

The head of government also noted that Canada was one of the first countries to draft legislation to confiscate Russian assets, including those of sanctioned persons. In addition, the Government of Canada is actively consulting with other members of the G7 so that other countries can follow suit.

“We are grateful to the great friend of Ukraine Christy Freeland and the Canadian government for their leadership in this matter and assistance to our country,” – the Prime Minister stressed.

He added that on April 27, the US House of Representatives passed a number of decisions in support of Ukraine, including a bill confiscating Russian sanctioned assets. In addition, a bill on transatlantic telecommunications security was passed. It envisages Ukraine’s support for integration into European telecommunications systems. Separately, Ukraine’s allies in Washington are preparing and already implementing initiatives to search for and freeze the assets of Russian oligarchs, not only in the United States.

“This is the right start, which will punish the aggressor, increase aid to Ukraine and accumulate funds for the reconstruction of our state. We are also negotiating with all our allies so that Russia pays in full for all the destruction it has committed in Ukraine,” – the Prime Minister stressed.