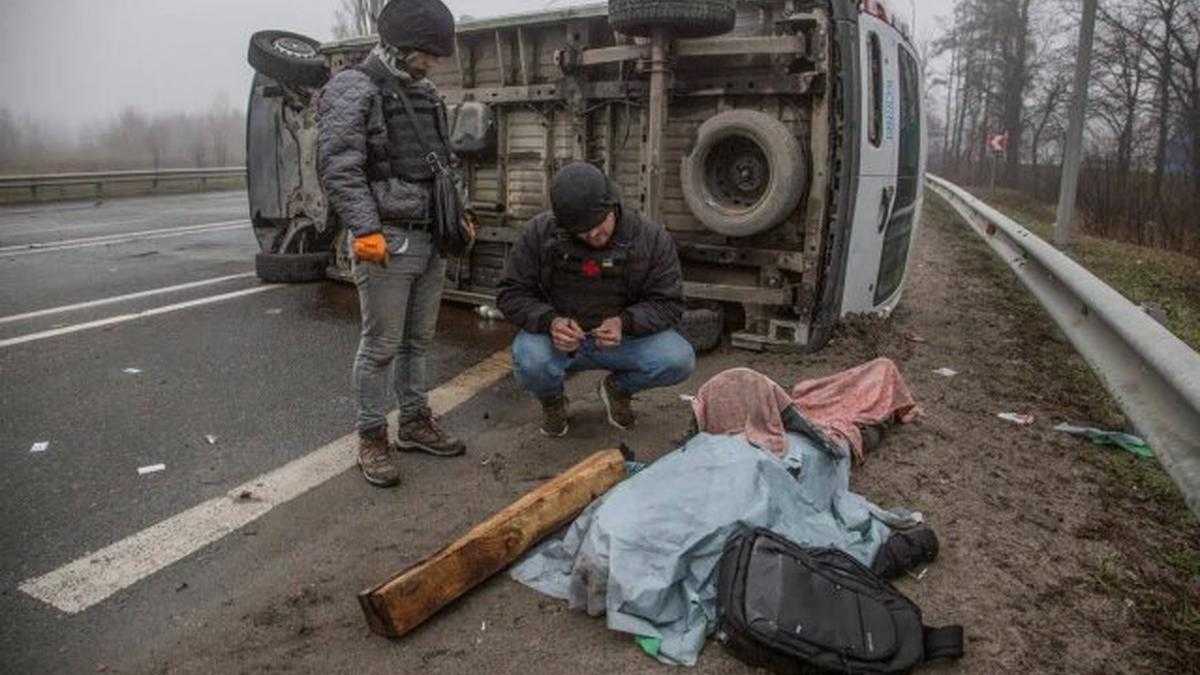 Due to the publicity about the Bucha massacre, the Russians were ordered to kill civilians even more brutally

The Russian occupiers can act with incredible brutality, greater than in Borodyanka, Irpen and Bucha. This will most likely apply to those cities that will be able to capture or have already captured the occupiers in Kharkiv and Donbas.

According to intelligence sources, the Russian command realized that they had made a mistake. According to the heads of the Russian Ministry of Defense, it is not mass executions for pleasure and terror, but the fact that the invaders left behind a pile of bodies.

The command of the armies participating in the hostilities in Ukraine fully supports the position of “killing all the dill”, and also encourages its personnel to commit war crimes. Moreover, the generals gave the soldiers the appropriate order.

Moscow wants Donbass to be worse than Bucha

They ordered not to leave witnesses and burn the bodies

According to intelligence, the Kremlin has acknowledged that publicity about the Bucha massacre is preventing Russia from implementing its geopolitical narratives. As a result, the generals were ordered to ensure that there were as few reports in the Ukrainian and international media as possible of the aggressors’ actions against civilians. To do this, the personnel of the Russian army was informed of the clear position of the leadership – to kill all witnesses, as well as remove their bodies.

To do this, mobile crematoria are being brought to Donbas to burn those killed by the invaders. To do this, the Russians are going at any cost not to retreat from the destroyed and captured cities. At least until the complete cleansing and destruction of evidence of involvement of Russian troops in horrific crimes.

In addition, it was to increase the possible number of victims among Ukrainians that on April 7 the enemy fired on evacuation trains in the Luhansk region. Because the Russians need to kill more Ukrainians, destroy people with aircraft and artillery, create a humanitarian catastrophe and put pressure on the Ukrainian authorities in the negotiations. But at the same time, Moscow is afraid that in some city they will find evidence of incredibly cold-blooded executions of innocent people.

Slovakia handed over the S-300 air defense system to Ukraine