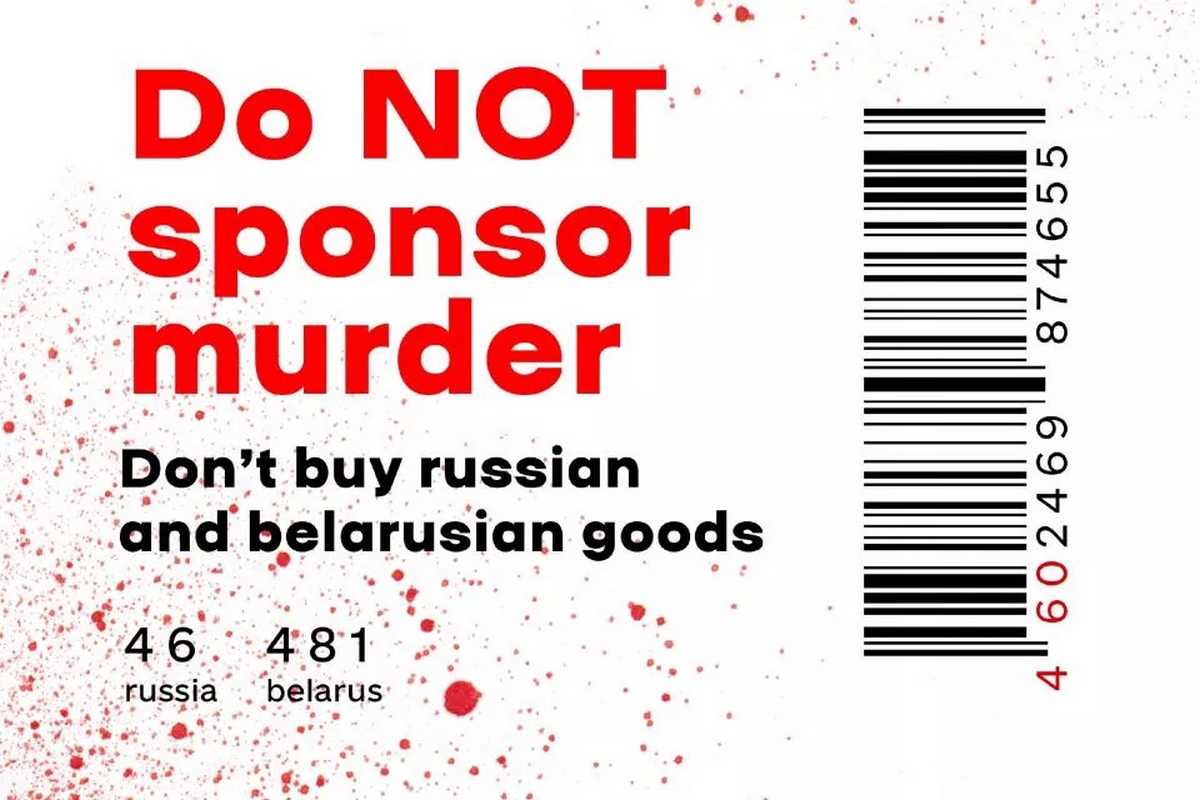 Ukrainians continue to suffer from bullets of the invaders, purchased for taxes on Russian or Belarusian goods. Today, the Cabinet of Ministers, the Ministry of Digital Transformation, The Office for entrepreneurship and Export Development, Diia.Business, the Ministry of Economy and the Ministry of foreign affairs have launched a new initiative — they are launching an international information campaign “Do not sponsor murder” to boycott the aggressor country and co-aggressor.

, receiving communication and financial benefits from this.

At present, having any business ties with russia and belarus is a huge blow to the reputation of companies and de facto tacit support for the policy of the aggressor countries against Ukraine.

Ukrainian government institutions have launched an international information campaign DO NOT sponsor murder to help businesses boycott russian and belarusian goods and services.

The main idea of ​​the project is:

Meanwhile, every day more and more global companies and brands are leaving the Russian market in solidarity with Ukraine. Declare your position, encourage the boycott of the aggressors’ business and support Ukraine. Together to victory!

Due to a hacker attack from Anonymous, the Federal Air Transport Agency of Russia switched to paper document management