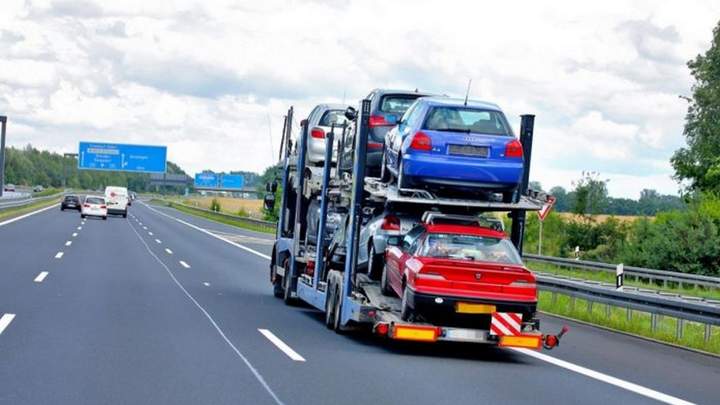 Cancellation of customs clearance: how much will cars cost in Ukraine

The Ukrainian parliament has equated Ukrainians citizens with the people of the European Union in the purchase of vehicles and removed Draconian taxes and duties at customs clearance.

After the entry into force of the new law, customs clearance of vehicles in Ukraine will be zero – the Verkhovna Rada has already passed the bill №7190 and sent it to the President for signature. The document provides for the abolition of wartime customs duties, value added tax and excise duties on the import of vehicles from abroad.

The list of vehicles covered by the new rule is as follows:

Why did they remove the customs clearance fee?

Danylo Hetmantsev, Chairman of the Verkhovna Rada Committee on Tax and Customs Policy, is one of the authors of the draft law №7190. He stressed that the document contains the position of the Cabinet of Ministers, which submitted the document thanks to people’s deputies to speed up the procedure.

Danilo Hetmantsev noted that “according to the government, this (the bill) will allow those people who lost their cars during the fighting to import other vehicles to replace them.”

When asked how much the budget will “miss” as a result, he said that it is necessary to compare comparable things because now the country has a wartime budget. As an illustration, the people’s deputy cited statistics on customs, which collects 20% of peacetime.

How many cars destroyed by the war

Stanislav Buchatsky, head of the Institute for the Research of the Car Market (IDA), was very positive about the legislative initiative. He noted that with the start of the war, everyone could see “how many cars have become a strategic resource of our country.” After all, many people have managed to get out of the most dangerous “hot spots” on their vehicles.

He estimates that tens of thousands, if not hundreds of thousands, of cars have damaged or destroyed. Therefore, the ability to bring in from abroad and buy a replacement car is critical, “sometimes it’s just an opportunity to survive.”

In order for the economy to work as efficiently as possible, small and medium-sized businesses need vehicles to transport goods, make supplies, and so on.

Who will be affected by the law on free customs clearance
The head of the ISA stressed that this rule will apply to all individuals – citizens of Ukraine, as the Armed Forces from the beginning of the war introduced a simplified procedure for import and registration of vehicles from abroad.

After the president signs, the three main customs duties will be canceled during the registration of the foreign car.

Stanislav Buchatsky noted that for each car, payments, and fees charged differently. The customs duty depended directly on the cost of the car, the excise tax – on the volume of the engine and the year of manufacture of the vehicle.

Asked how much the state budget will receive, he said that currently “the issue of human survival and the launch of the economy is more important.” According to him, taxes should be collected differently, and not just” put a barrier at the border and receive money.” It is advisable to tax the profits of businesses, while giving them enough time to start and promote.

How much cheaper cars

So, for imported in Ukraine VW Golf 2008 production (diesel, engine capacity – 1.9 liters) worth 3 thousand euros before that had to pay 3184 euros in taxes and fees. Excluding taxes and excises. Ukrainians will be able to buy a car twice cheaper.

At the same time, we must not forget about other payments, such as registration, certificate of conformity and the Pension Fund fee. But these amounts cannot be compared to what had to be paid for customs clearance before.

Ukraine will no longer have car insurance with Russia and Belarus

Japan has banned the export of trucks, dump trucks and…