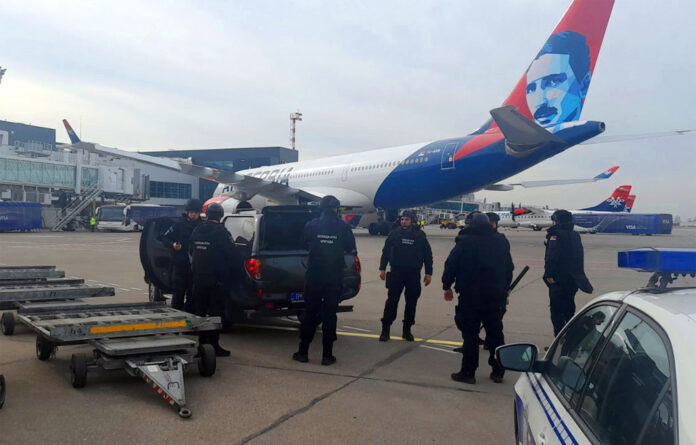 The Serbian airline Air Serbia attempted to make money from the war with Ukraine, but for the second week in a row it faces difficulties because of this.

After Russia’s invasion of Ukraine, EU countries stopped air traffic with Russia, and Air Serbia remained the only European air carrier that flew to Russia.

Due to the lack of convenient alternative air routes, Russians began to transfer all together to flights of the Serbian air carrier. It now connects Moscow and St. Petersburg with European cities via Belgrade.

Air Serbia saw an opportunity to earn extra money and increased the frequency of flights to Moscow from eight to 15 flights per week. After a barrage of criticism for the actions of the national airline, Serbian President Aleksandar Vucic had to justify himself. He said that Air Serbia will return the previous frequency of flights, but will not stop them as the EU countries did.

Thereafter, Belgrade airport began receiving anonymous reports that something might happen to the plane on the way to Moscow and St. Petersburg. Because of this Air Serbia flights 11, 14, 15, 16, 17, 22 Marta detained for additional verification.

In several cases, the message arrived after the plane took off, and it had to be turned around in the sky and returned to Belgrade.

The Serbian president said that Air Serbia will not cancel flights to Russia, but its flights will now be deliberately delayed. This is done so that if an alarm message received again, the plane can be immediately checked on the ground, and not returned after departure. But no one has canceled Flightradar yet. The Serbian president probably doesn’t know about it.

The Starship orbital flight will take place no earlier than May