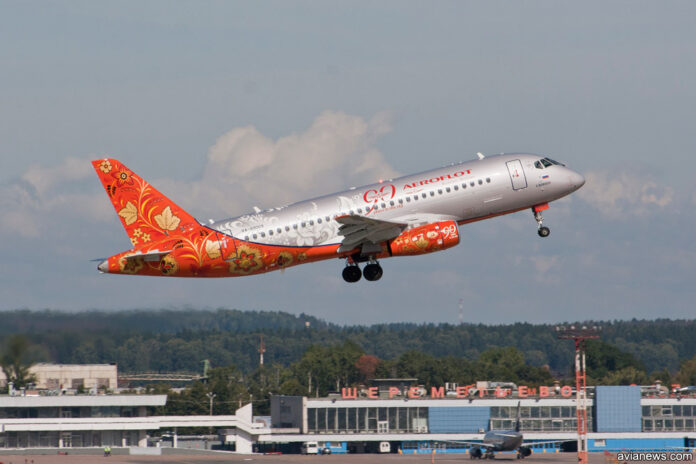 The Russian airline Aeroflot, which is more than half owned by the state, attempted to circumvent Western sanctions to fly abroad.

To achieve this, the airline wants to open a second base — in Sochi in addition to the main base at Moscow’s Sheremetyevo airport, Avianews reports.

Aeroflot hopes to launch flights from Sochi on 17 foreign routes to Armenia, Egypt, Israel, Kazakhstan, Turkey, and Uzbekistan. Currently, almost the entire fleet of Aeroflot consists only of foreign Airbus and Boeing aircraft. The airline cannot fly them abroad due to sanctions.

Therefore, flights from Sochi will be operated by Aeroflot’s subsidiary Rossiya on Russian — made Sukhoi Superjet 100 aircraft. The range of these aircraft is small for direct flights from Moscow to foreign countries, which is why Sochi chosen for the new transport hub.

It is not yet known how long the Superjets will be able to fly. Although they are assembled in Russia, more than half of the components supplied to them by foreign companies. The US and EU sanctions also consider the ban on the transfer of spare parts for aircraft to Russia.

It is noteworthy that Aeroflot ordered 150 Sukhoi Superjet 100 aircraft, but almost all the received airliners of this type withdrawn from the fleet and transferred to Russia. The use of Russian aircraft were less efficient than flights on Western Boeing and Airbus.

And this is the whole of Russia! It’s all the faults of America and the West. But Western planes, Western cars, Western branded clothing, even the social networks where Russian bloggers loved to earn money so much are also Western… Russia can’t do anything good, just destroy and blame everyone for its troubles.