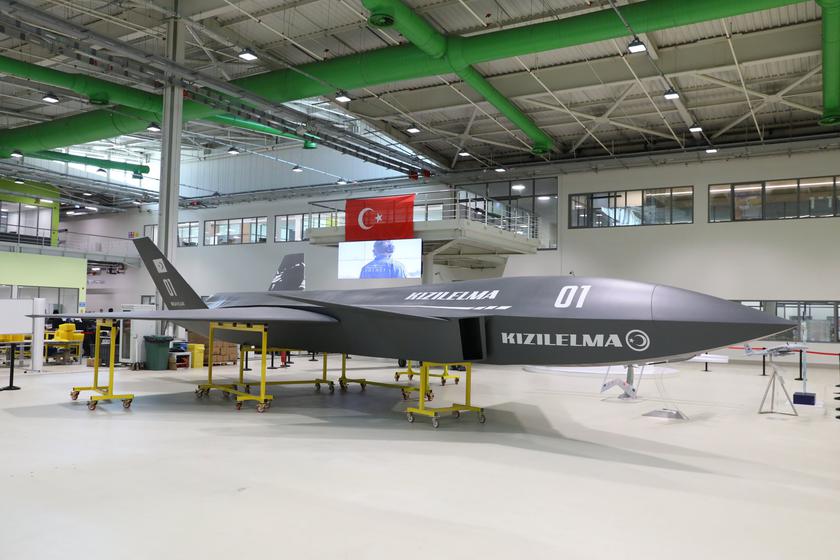 The drone is being developed as part of the MIUS (Combat Unmanned Aerial Complex) project. Bayraktar Kizilelma’s debut flight is scheduled for 2023.

Bayraktar Kizilelma will be equipped with Ukrainian double-circuit AI-25TLT or AI-322F jet engines. The first will be able to develop a speed close to supersonic, while the second will be supersonic. The drone will also be available in a modification with the Turkish TEI TF-6000 engine.

Bayraktar Kizilelma will be able to take off from the landing ship TCG Anadolu (L-400), which is in service with the Turkish Navy. The features of the strike drone include invisibility, the ability to launch missile strikes and suppress the enemy air defense system.

The maximum takeoff weight of Bayraktar Kizilelma will be 5.5 tons, including 1.5 tons of payload. The unmanned aerial vehicle will be able to stay in the air for 5 hours with an operating altitude of 12,000 m. The use of SATCOM data transmission network allows to remove the range limit.

All cryptocurrencies fell amid record inflation in the United States

Made in Ukraine – an elusive Ukrainian drone with anti-tank grenades